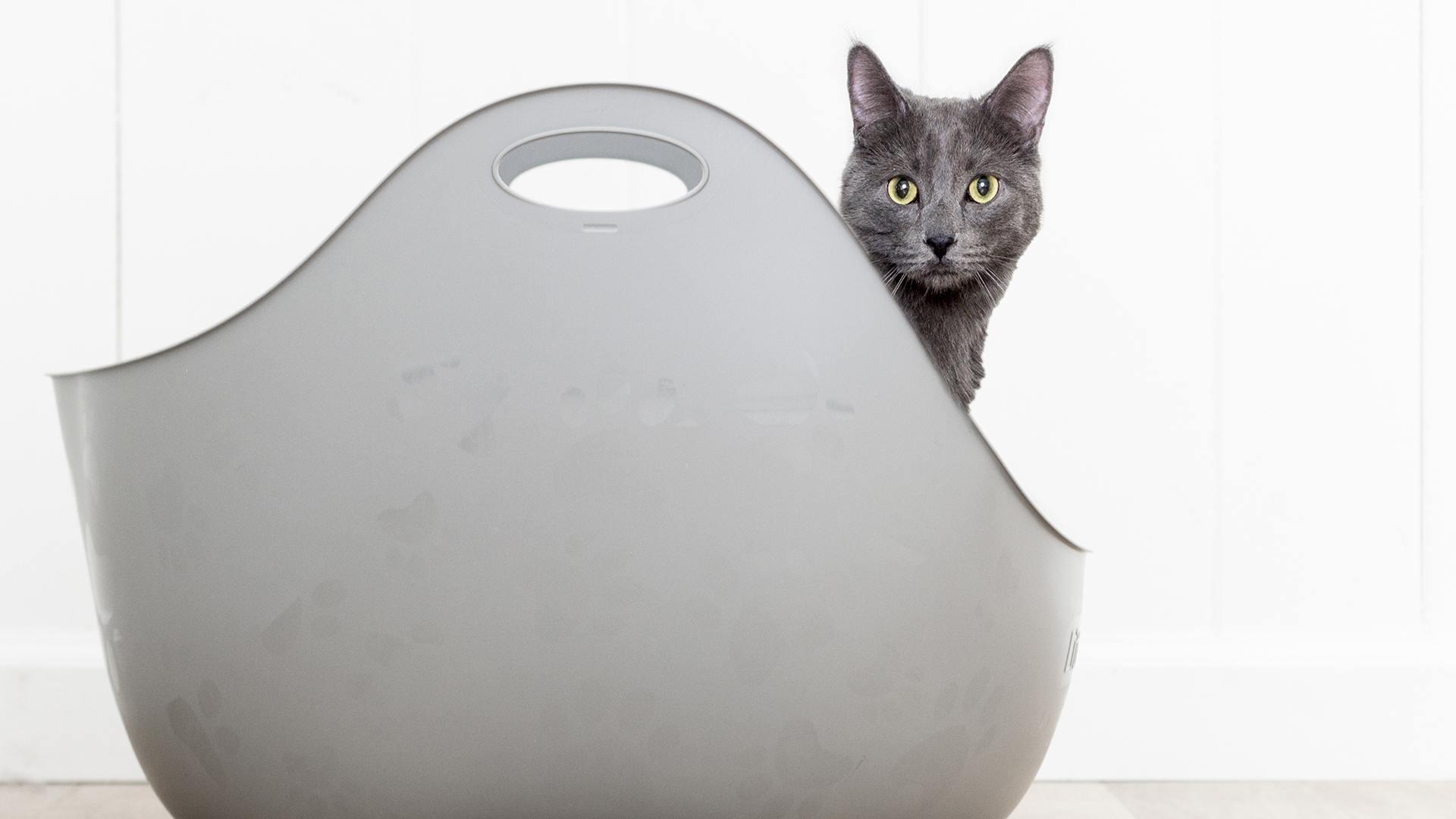 In the past months, I have made changes to my personal lifestyle. As a lot of people, I'm thinking more about the environment and how I could contribute to improve our future. Last summer, I saw for the first time the new Odour Buster corn litter at the Quebec Expozoo: the Odor Buster Natural Performance.I was charmed to see a company that offers an alternative to bentonite litter. We often talk about reducing our own ecological footprint (through compost, public transportation, reusable bags and so on), but we also need to reduce it for our pets. For dogs, there are biodegradable dung bags and, now, cats have a biodegradable litter!This litter is made from corn cob from the food industry, naturally dried to be ground. Wonderful! But does it work? Yes, totally! Since about a month, I'm using this new formula with Wilson. I started by mixing 50/50 with the standard Odor Buster Multi-Cat litter so that Wilson gets used to this new texture, but I already see the little miracles of this corn litter.Here is my list of the main reasons that motivate me to continue buying Odour Buster Litter Natural Performance:

I do not feel like I'm getting intoxicated now by changing Wilson's litter; it smells like plain corn and even after three weeks there is no unpleasant smell of urine.

I noticed that the pee forms several small compact balls instead of clumping together only one, but as far as I’m concerned, I find it easier to it pick up (perhaps it's also because my cat now uses an open litter box to allow him to adopt different positions). The waste is well coated with litter too.

Yes, that's a big plus! Produced entirely in Quebec, the litter consists of corn, a renewable source, which is entitled to a second life through the use of cobs. In addition this is biodegradable. To my knowledge, this is the most ecological matter you can choose.My only downside is that the litter is very light, so I find it everywhere in the house because it is stuck in Wilson’s long hair. However, this disadvantage can also be to be an advantage: the litter is less difficult to transport, the garbage bags are less heavy. I think it's important to start looking for alternatives to protect the environment, but also to encourage the local economy. Other litters are usually designed based on clay-like minerals, such as bentonite, because of their highly absorbent properties. Nearly 70% of the bentonite is produced in Wyoming (United States), which translates into a lot of carbon dioxide to transport it around the world. Another disadvantage of litter standard: some companies will reduce the bentonite content by mixing it with other products, some of which are chemical, to reduce the selling price - not great for the health of your cat. In the case of the Odour Buster Natural Performance litter, this is a product harvested in Quebec soil, by Quebec farmers, so we encourage the local and ecological economy. I see more advantages than disadvantages to buy this corn litter. Even though this gesture can appear small on an individual basis, I believe it will have a positive effect in the long run.Some of you may have noticed, Wilson is now equipped with some LitterLocker products. Thanks to our partner for the LitterBox in our photos.Follow us on Instagram to see more photos, and check out my website to learn more on my services!