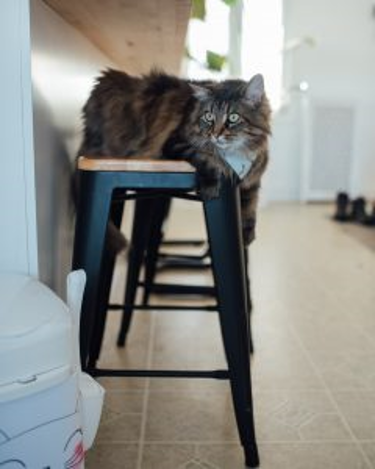 Mr. Wilson is a very spoiled cat who now lives a very quiet life. We adopted him a little over 2 years ago. 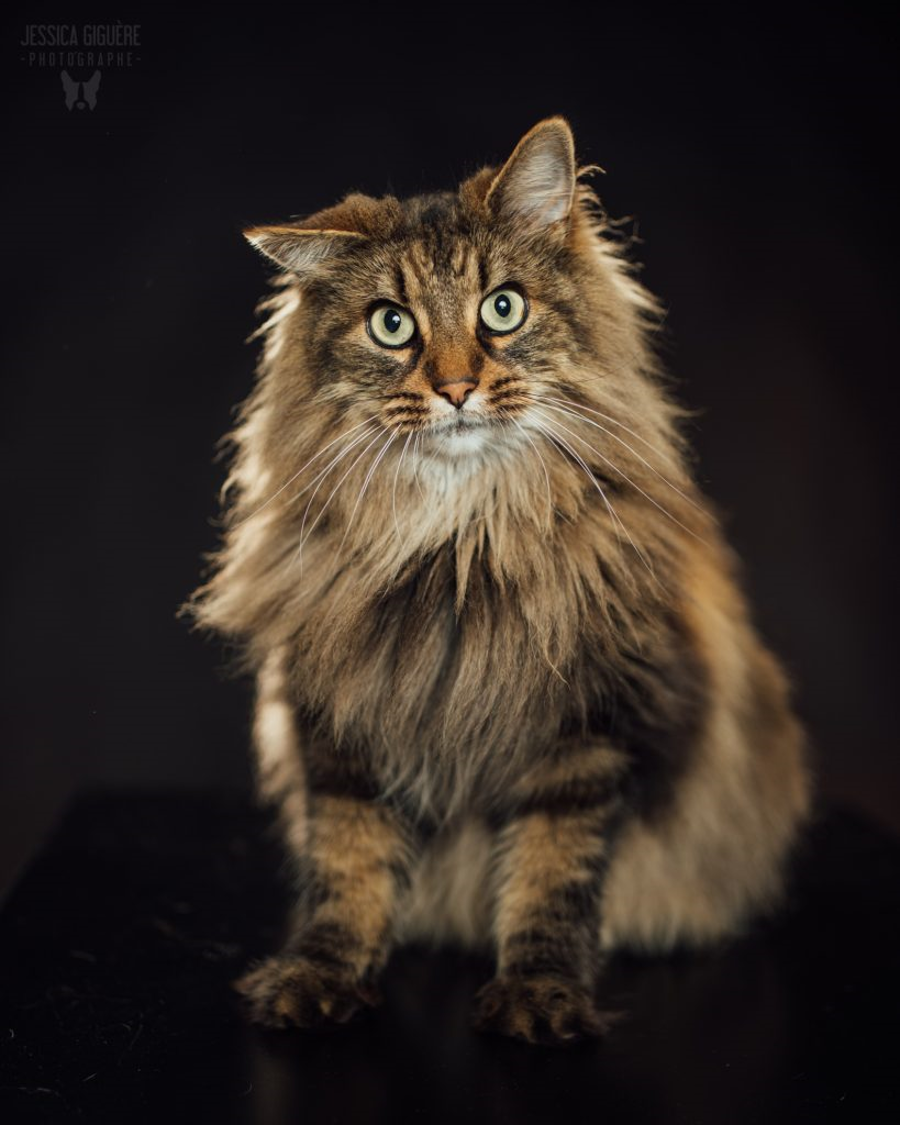 Before we adopted him, Mr. Wilson lived in a hutch in Neuville. He liked it there, but he is neutered and declawed and the poor thing didn't stand much of a chance when he ran into other male cats in the area. Even his female hutch-mate enjoyed frightening him.

In fall 2017, I was looking to adopt a new cat and Mr. Wilson had known Odyle since he was little. They are practically the same age give or take a few months. He was the ideal candidate for us; I needed permission from my parents-in-law as they owned the hutch, but they knew we would take great care of him.

For as long as I can remember, Mr. Wilson has had one ear lower than the other. The vet says it might have been caused by bruising from a blow to the ear and that's why it's always lowered. And no, despite what a lot of people ask, he's not angry. The opposite in fact, he's always happy to see visitors.

Mr. Wilson adapted really quickly to our daily routine. The winter of 2018, his first winter with us, was incredibly cold. He didn't so much as stick his nose outside to find out, but you could tell he knew. He really appreciated being inside in the warm. That first spring I got him used to going outside with us (using a harness and leash!) So now every spring he insists on being let out, until fall and the first snow.

We're really happy he is living with us. He loves it when people visit and is always first to welcome them. He loves being part of the group. During my photography sessions I have to shut him in my bedroom, otherwise he comes down to the studio to watch the models and sometimes gatecrashes the session.

Most days Mr. Wilson will spend time playing with Odyle, looking out the large bay window, sitting on the kitchen bench watching what we're doing, running around for no reason, playing with his plush toys, watching Jeando while he works at the computer and sleeping in our bed.

A friend of ours was once sitting Odyle and Wilson for the weekend and she could tell that the two of them really cared for each other, they spent over an hour grooming each other.

Mr. Wilson is a feline influencer for Litter Locker

Sometimes when we ask Mr. Wilson to stop playing with the things on the counter top, Odyle will yelp at him...

When he wants to play with Odyle, he will make a really odd noise.

He has become a really fussy eater. He only likes one kind (I've tried several) and he doesn't ever want treats or tuna. 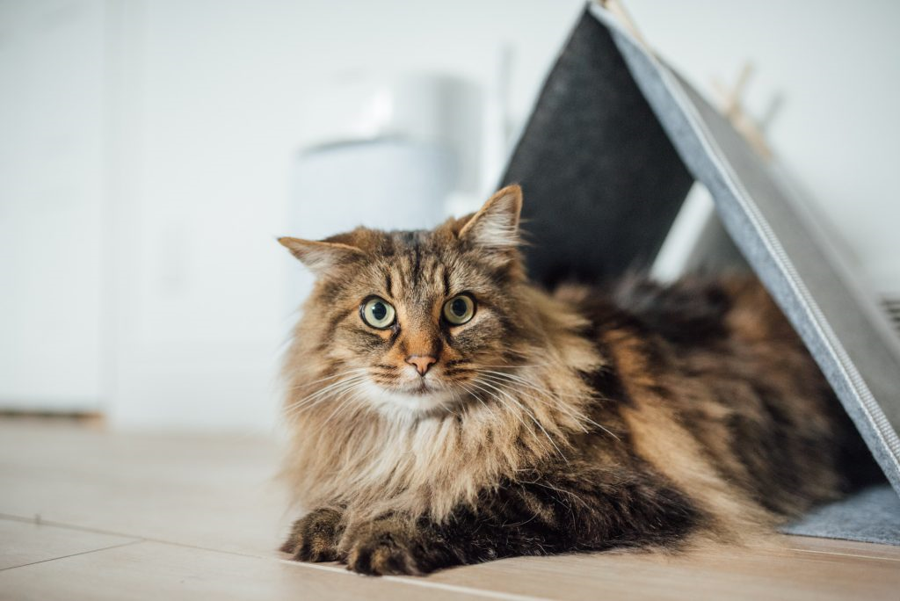 During the first few months he was with us he would meow for me to feed Odyle (she eats raw food) and he would watch her very closely as she tucked into her bowl.

All the photos in the article were taken by me, Jessica Giguère. They are also available on the @Odyle_et_wilson Instagram account 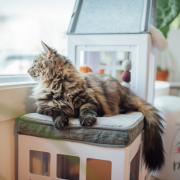